NOSTRADAMUS, an Austrian Astro-Rockband of the 70ties. 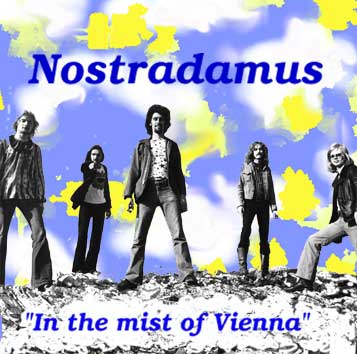 Their music was somehow influenced by bands like Gentle Giant, The Flock, Jimi Hendrix Experience, King Crimson and The Free.

They were a typical psychedelic rock band with sometimes very extended improvisations.

The band had a few radio appearences and played most of the times in local progressive clubs in Vienna.

Besides a certain love for astrology the group had no relationship with the famous french astrologer. Basically it was the translation of the latin phrase nostra (we) damus (give) that expressed the groups intentions.

NOSTRADAMUS suffered from the very conservative atmosphere in Austria at that time and finally was touring Holland, from where the band never returned. 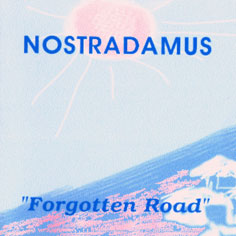 When NOSTRADAMUS moved to Holland, Hansi Lang became the leadsinger of the band.

The band was playing successfully in many clubs all over the country - more often than in Austria - but due to working permit problems it disbanded after about a year.